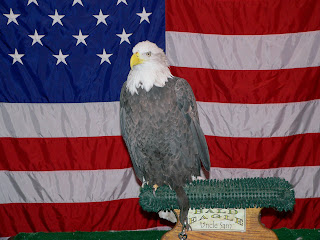 Since today is the Fourth of July, what better bird to feature than our Bald Eagle. I have decided to re-post the Birds of the Bible-Eagles, with a few updates. Here in North America we have the Bald Eagle (our National symbol) and the Golden Eagle. The Bald Eagle’s “bald spot” doesn’t appear until they are 4 or 5 years old and develop a white head and tail. The Bald Eagle is only in North America. In Israel you might see a Short-toed Eagle, Great or Lesser Spotted Eagle, Steppe, Imperial, Golden, Booted, or Bonelli’s Eagle.

I love to watch an eagle flying; it stops me in my tracks. We are lucky here in Polk County to have many this time of the year. (Update: It’s now Summer and most have gone north until Fall.) Stay alert and also visit the South Lake Howard Nature Center to see a pair sitting either on the tower or at the nest. Ask most anyone there and they will point out the nest. (Update: They did not produce any eaglets this spring, but the nest is still there.) 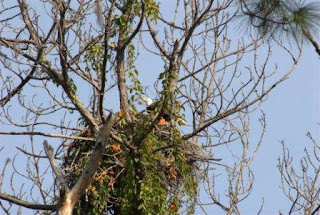 “Birds display a wide range of patterns in flight. Swifts and swallows use a fast, gliding motion. Ducks and geese have sustained, powerful flight. Birds of prey such as eagles and falcons usually catch their targets by swooping from high in the sky, capturing their victims after a swift dive—which may reach speeds of 250 kilometers an hour (165 mph). As the bird swoops to the ground, it spreads its powerful wings to act as a brake.” (“Created to fly,” Creation 16(3), June 1994)

Click link to see a Bald eagle hovering and landing on rock. 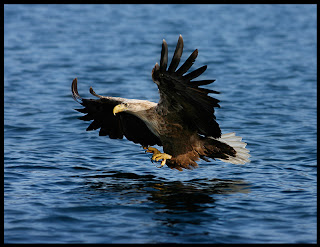 For those of us in the “older generation,” Job 9:25-26 (NKJV) reminds us that we need to stay active for our Lord because our life passes by swiftly. “Now my days are swifter than a runner; They flee away, they see no good. They pass by like swift ships, Like an eagle swooping on its prey.”

A few more facts about eagles:

Today may be Independence Day here in the United States, but there is One we should never declare our Independence from, because:

Have you not known? Have you not heard? The everlasting God, the LORD, The Creator of the ends of the earth, Neither faints nor is weary. His understanding is unsearchable. He gives power to the weak, And to those who have no might He increases strength. Even the youths shall faint and be weary, And the young men shall utterly fall, But those who wait on the LORD Shall renew their strength; They shall mount up with wings like eagles, They shall run and not be weary, They shall walk and not faint. (Isaiah 40:28-31 NKJV)