The birds are now out of the Ark and on their way to becoming all the species we see today. (See Birds of the Bible – Foundation #4 for the links to the others) It would be great to know exactly which bird kinds and critter kinds came off the Ark. We know for certain that 2 kinds of birds were on board. The raven and the dove are both mentioned. (Gen 1:21, “every winged bird according to its kind”) According to Birds of the World, 8th edition, there are 233 families of birds. Also Bird Families of the World from Cornell. There are studies going on by creationists who are trying to find out what the original kinds were. It is called Baraminology and comes from “bara” which means 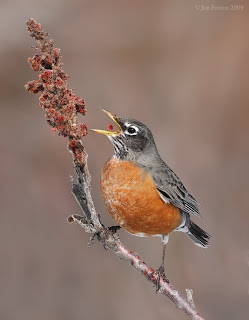 “created” and “min” which means “kind”. That is “baramin” and the study of it is Baraminology. I have listed some interesting articles at the end about this topic.

We have no problem with the birds interbreeding within their kind or as some call it “natural selection.” But the problem comes in with statements like this from a UCBerkeleyNews – Press Release, “Dinosaurs developed feathers some 65 to 100 million years ago and became birds, with the ostriches and emus among the first to evolve, and the ducks and chickens next. That much we know, says University of California, Berkeley, ornithologist Rauri Bowie. But when it comes to the rest of bird evolution, he adds, “nobody had any idea”- until now.” I contend they still don’t know, because they have rejected the Creator who says He created them.

We all have the same evidence of fossils and living birds, but the difference comes with what worldview you start with. What they are finding is very interesting because of studies with the DNA of birds. The study was by The Field Museum of Chicago, which gathered “DNA from 169 species of birds representing nearly all of the world’s non-songbird families.” Because of these studies, it: 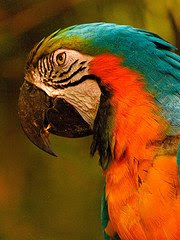 The Bold in the quotes are mine.

That is just an example of the remarkable things they are finding out. Sounds like a fantastic God created them and we are just finding out some of His Majesty.

You are worthy, O Lord, To receive glory and honor and power; For You created all things, And by Your will they exist and were created. (Revelation 4:11 NKJV)

I had this article ready to go when today’s mail came. There is a great article about “Speciation and the Animals on the Ark,” by Daniel Criswell, Ph.D. in this month’s Acts and Facts from ICR. It is a little technical, but it helps explain more of what this article is about.
Article about Baraminology from Answers in Genesis by Todd Charles Wood. Bara-What?
“Variation within Created Kinds” by Dr. Gary Parker
“Is Natural Selection the Same Thing as Evolution?” by Georgia Purdom
From Wikipedia “Baraminology“
From CreationWiki “Baraminology“

Birds of the BibleEvolution vs CreationLee Dusing