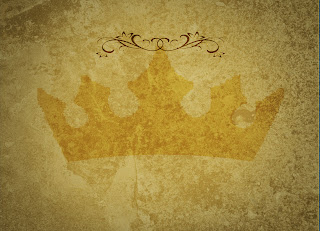 I clearly remember walking up to the bus stop and sensing an eerie calm. It wasn’t that anything was overtly different in my surroundings, but I could almost taste the tension in the cool gray air of the early morning. At first glance, it would be easy to think that a ninth grader at Rosslyn Academy in Nairobi, Kenya, wouldn’t have any connection whatsoever with the Gulf Crisis in the Middle East. But as the US forces crossed the Kuwaiti border into Iraq, it changed the relationship of every Westerner in East Africa with his or her Muslim friends and neighbors. In the ensuing weeks, we added crash bars to the inside of our school bus doors to prevent a hostile takeover of the bus; we did riot drills and practiced tucking into the smallest space possible under the bus seats in case a rioting crowd tried to stone the bus; our school began making plans to be able to house 300 plus students for several days on campus in case travel within the city became too unsafe.

It is amazing to look back at the protecting arms of God. I couldn’t understand as a four year-old why my family was evacuated from our little jungle station home. (We had been falling asleep to machine gun fire for some time, but the Bengali government finally said it was time to go; they admitted not being able to control the situation any longer). We moved onto a mission compound with homes built of 10 inch thick concrete walls and roofs replete with iron bars across the windows (quite the change from our bamboo and tin home at the jungle station). I remember when the tension rose on that compound because a group of angry Muslim neighbors were gathering to attack our homes. It just so happened that a nearby Bengali military camp decided to practice some air maneuvers with several helicopters that day. Our angry neighbors feared we had attracted government support and decided it wasn’t worth the trouble.

Those days as a barefoot, knife-slinging carefree child in Bangladesh are long gone. The busy days of high school with the many, many hours on the school bus are gone too. But the questions of safety and security will always ebb and flow in our lives. It didn’t take long for political and military tensions to boil over during our brief time in the Ivory Coast. Tensions have risen and fallen during our time in Niger. We see the questioning eyes of young people: “What is going to happen?” As our country is without a president at the moment and is approaching an election season, we are fully aware of the tensions that can arise. But we know who is ultimately in control of not only Niger, but all nations.

Paul wrote, “Let every person be subject to the governing authorities. For there is no authority except from God, and those that exist have been instituted by God.” (Rom. 13:1 ESV) In Proverbs we read, “The king’s heart is a stream of water in the hand of the LORD; he turns it wherever he will.” (21:1 ESV) Armies may march and terrorists may scheme, but the Lord reigns sovereignly and we can trust Him completely. Please pray for your missionaries, that they will trust in His sovereignty and rest in the safety of His arms.

Dave Totman is a Faith’s 100 missionary.  Dave and his wife (Anora) along with their three children (Ereina, Trey, & Zoe) live in Niamey, Niger, where Dave serves as the Youth Pastor at Sahel Academy.  Learn more about the Totmans at their website.