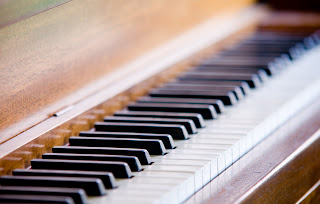 First published in 1875, The Sands of Time Are Sinking, is most well-known hymn text of Anne Ross Cousin.  The original version contained 19 stanzas.  I have included 5 of the more common stanzas below.  Mrs. Cousin had been greatly helped by the writings of Samuel Rutherford (1600-1661), a Scottish Pastor.  At one point in his ministry Rutherford was banished for his opposition to the State Church of Scotland.  During that banishment, he wrote many letters to his congregation. C.H. Spurgeon wrote of those letters, “When we are dead and gone let the world know that Spurgeon held Rutherford’s Letters to be the nearest thing to inspiration which can be found in all the writings of mere men”

It is said that on his deathbed, Rutherford uttered the words, “Glory, glory dwelleth in Immanuel’s Land.”  These words and the life of Rutherford became the inspiration for Anne Ross Cousin’s hymn.  Take a minute to read and meditate on this great text.

The sands of time are sinking, the dawn of Heaven breaks;
The summer morn I’ve sighed for—the fair, sweet morn awakes:
Dark, dark hath been the midnight, but dayspring is at hand,
And glory, glory dwelleth in Immanuel’s land.

O Christ, He is the fountain, the deep, sweet well of love!
The streams on earth I’ve tasted more deep I’ll drink above:
There to an ocean fullness His mercy doth expand,
And glory, glory dwelleth in Immanuel’s land.

With mercy and with judgment my web of time He wove,
And aye, the dews of sorrow were lustered with His love;
I’ll bless the hand that guided, I’ll bless the heart that planned
When throned where glory dwelleth in Immanuel’s land.

O I am my Beloved’s and my Beloved’s mine!
He brings a poor vile sinner into His “house of wine.”
I stand upon His merit—I know no other stand,
Not even where glory dwelleth in Immanuel’s land.

The Bride eyes not her garment, but her dear Bridegroom’s face;
I will not gaze at glory but on my King of grace.
Not at the crown He giveth but on His piercèd hand;
The Lamb is all the glory of Immanuel’s land.

hymn of the monthStephen Simpson