It began with a daughter, Connie Christensen, telling her mother, Ellen Balsley, about the group of at-risk girls she works with. And it ended with more than 30 preteen and teenage girls owning their first-ever dolls.

Connie Christensen helps Youth for Christ Missionary Cindy Vergara work with a group of girls assigned to Cindy through the courts or through the Department of Juvenile Justice.

Cindy uses journaling as a way to break down the walls that the girls have erected. She says: “I always prompt them with something. And they write. You could usually hear a pin drop when it’s time for journaling. They write pages.” The leaders take home the journals and then write back to the girls.

Cindy says the girls “are more willing to tell you what’s going on in their life in this book than they are in the room in front of each other or even face-to-face alone. They don’t want to talk about some of these things.”  She says journaling is “a wonderful way for us to respond to them, write down Bible verses that they can keep going back and looking at to help them deal with whatever they’re going through.”

One day Connie mentioned to Ellen that many of the girls have never owned a doll and that, though they are now teens, a doll is something they would like to have. Touched by this, Ellen asked her Sunday School class, the Triple Cord Ladies’ class, to look for dolls if they were at a garage sale or the like.

Teacher Helen VanHorn became so excited about the idea that she went out and bought some used dolls, continued to remind the class about the need, and even announced the doll project to the women who  attended the Fall Dessert in November.

As typical for our church, women from inside and outside the class responded generously. By the end of the collection time, nearly 50 dolls had been donated, with 10 designated for the Free Shopping Day. Several of the dolls are collector’s items and will be auctioned at eBay, with the proceeds to go back into the purchase of more dolls.

In the meantime, newcomers Aggie Hodnett and her sister-in-law Rita Hodnett—along with another sister-in-law and her sister, Betty Baker and Susan Lambert—began sewing a little receiving blanket and an extra set of clothes for each doll. That’s over 30 blankets and more than 30 tiny outfits! What had been homely, used/older dolls became little darlings wrapped in those sweet blankets.

Helen invited Cindy to speak in Sunday School the day she collected the dolls. Cindy gave her own testimony and then spoke briefly about the girls she ministers to and how much the dolls will mean to them. She spent the remainder of the time answering questions.

After hearing about girls here in Polk County who don’t have adequate supplies for personal hygiene, who may go hungry at night, sleep on mattresses, or live in homes with no windows or doors, the women of the Triple Cord class have been moved to collect toiletries, sheets, blankets, Christmas stockings and stuffers, and more in addition to the dolls.

But the doll collecting isn’t finished! Many of the older girls who received the dolls have younger sisters, and they would love to have a doll too.

“My heart breaks,” says Cindy, “when I go into a juvenile jail and see an eight-year-old girl. I think, What must she have been exposed to, to bring her to the point that she’s committing a crime at eight years old?”

She says: “The girls that I minister to don’t have dolls. They’re lucky if they have food. These dolls are another way that we can break down walls and get closer to the girls. The more things we can do for these girls, the more ways that we can show them love and do things for them, the more opportunity we have to minister to them and to their families.” She says that when she goes into a home to present a doll, she will have an opportunity to minister. “And for that, I’m eternally grateful. It breaks down the walls and gives us the opportunity to share Christ with these people. The dolls are beautiful, and I thank you so much.”

Other posts by Jonita: 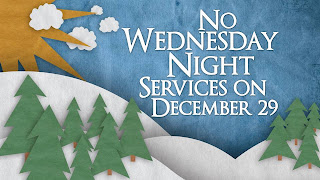