While researching for a hero, I tried to find out about my father, who was in WW1. Being as he died when I was four years old, it is hard to find out a lot of details. All I knew is that he was in the trenches where they were poisoned with mustard gas and that it took years, but he died as a result of that gassing. Talking to my family, I also found out that he was at the Meuse-Argonne Offensive (Argonne Forrest) in which 117,000 of our American troops gave their lives and that he was in a company that had few survivors. Also found that he had fought hand-to-hand with bayonets. But the actual details are still a mystery. So, my dad and all of our men that fought in WW1 are my heros.

What I did find is a hero of the avian kind. His name was Cher Ami (French for “dear friend”, in the masculine) and he was a homing pigeon which had been donated by the pigeon fanciers of Britain for use by the U.S. Army Signal Corps in France during World War I and had been trained by American pigeoneers. He helped save the Lost Battalion of the 77th Division in the battle of the Argonne, October 1918.

On October 3, 1918, Charles Whittlesey and more than 500 men were trapped in a small depression on the side of the hill behind enemy lines without food or ammunition. They were also beginning to receive friendly fire from allied troops who did not know their location. Surrounded by the Germans, many were killed and wounded in the first day and by the second day, only a little more than 200 men were still alive. Whittlesey dispatched messages by pigeon. The pigeon carrying the first message (“Many wounded. We cannot evacuate.”) was shot down. A second bird was sent with the message, “Men are suffering. Can support be sent?” That pigeon also was shot down. Only one homing pigeon was left: ‘Cher Ami’. He was dispatched with a note in a canister on his left leg,

We are along the road parallel to 276.4. Our own artillery is dropping a barrage directly on us. For heaven’s sake, stop it! 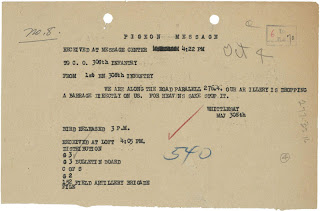 As Cher Ami tried to fly back home, the Germans saw him rising out of the brush and opened fire and for several minutes, bullets zipped through the air all around him. The men of the Lost Battalion saw Cher Ami tragically shot down, but miraculously, he was airborne again soon. He managed to arrive back at his loft at division headquarters 25 miles to the rear in just 25 minutes, helping to save the lives of the 194 survivors. In this last mission, Cher Ami had delivered the message despite having been shot through the breast, blinded in one eye, covered in blood and with a leg hanging only by a tendon.

Cher Ami had become the hero of the 77th Infantry Division, so army medics worked long and hard to save his life. They were unable to save his leg, so they carved a small wooden one for him. When he recovered enough to travel, the little one-legged hero was put on a boat to the United States, with General John J. Pershing personally seeing Cher Ami off as he departed France.

Upon return to America, Cher Ami became the mascot of the Department of Service. The pigeon was awarded the Croix de Guerre Medal with a palm Oak Leaf Cluster for his heroic service in delivering 12 important messages in Verdun. He died at Fort Monmouth, New Jersey, on June 13, 1919 from the wounds he received in battle and was later inducted into the Racing Pigeon Hall of Fame in 1931. He also received a gold medal from the Organized Bodies of American Racing Pigeon Fanciers in recognition of his extraordinary service during World War I. 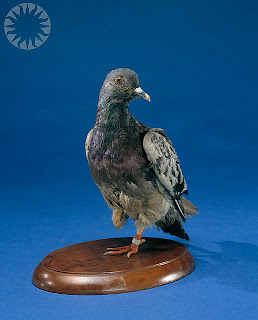 Cher Ami was as well known as any human World War I heroes. Cher Ami was later mounted by a taxidermist and donated to the Smithsonian where he is enshrined in the Smithsonian Institution, and is currently on display with Sergeant Stubby in the National Museum of American History’s “Price of Freedom” exhibit.

(Wikipedia and other internet sources) 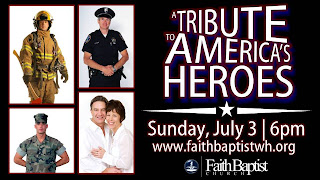