On July 3rd, 2011, Faith Baptist Church presented a special patriotic program entitled “A Tribute to America’s Heroes.”  Throughout that program several ‘heroes’ were recognized.  One of those heroes is Firefighter Jim Davis.

Jim Davis was born in a little out of the way place called Wauchula, Florida.  His Mom and Dad were named Charles and Weida.  He grew up next door to the fire station.  As a kid he would get an RC Cola and spend his time around the station talking to the firemen.
As a student, he really was not a troublemaker, but he was always in trouble.  The teachers thought that he wasn’t paying attention.  In reality, he had an undiagnosed hearing loss, short-term memory loss, dyslexia and a speech impediment.  No one, except his parents, thought he would go very far in life.  As a child, Jim prayed two prayers:
I don’t know if God answered the first prayer the way that Jim wanted Him to, but the 2nd prayer was answered in ways that defy the imagination.  Jim had to learn how to cope with the things in his life that would make others want to give up.  Jim developed the PEG system for memory.  That system for learning and memory has taken him to:
Yes, God made Jim Davis smart.
At 18, Jim volunteered at the Wachula Fire Department.  There were times back then when you were out of radio range and you just had to fight the fire by yourself.  By the age of 20, he was a full-time fireman in Wachula.  In 1975, he was hired by the Winter Haven Fire Department.  Those were the brutal and harsh growing up years where Jim learned to endure mistreatment without getting bitter.  He fought fires and buried himself into reading and studying every shift.  When test taking time came, Jim was more prepared.  In spite of being the youngest person and the least experienced person on the force, Jim was promoted to Captain.  Jim spent 36 years serving Winter Haven and Polk County as a Fireman, a Captain, and as a Deputy Chief.
Some significant memories of fires are the different packing house that have burned as well as St. Paul’s Episcopal Church.  What haunts his mind are the times he had to watch as people lost their lives in fires where he couldn’t do anything to help them.  Sometimes people run back into burning building for insignificant things or things that are easily replaced only to lose their lives.
Jim has won multiple awards including Firefighter of the Year in 1987 & 1995.  He is a teacher, an instructor, a writer and a mentor to young men and women all over Polk County. 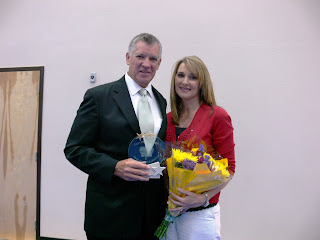 Jim married Elizabeth on November 4, 1995 and they make an outstanding team serving God and their community.
Jim is an outstanding son.  He and Elizabeth took care of Weida and Charles until their deaths.  They look forward to their reunion in heaven.
Jim is also a gifted artist.  His company, Inspiration Paintings, features Jim’s artwork of Jesus Himself or an angel sent from Christ, assisting the firefighter and law enforcement officer.  Jim’s prints are found in homes, fire stations, churches, and many other places throughout the world.  Many people find them as a source of comfort during a difficult period in their life.

Jim and Elizabeth’s love for the Lord Jesus Christ is evident in all they do.  A verse these two hold on to is John 15:13,

“Greater love hath no man than this that a man lay down his life for his friends.”

Faith Baptist Church is proud to present to Jim and Elizabeth Davis the Medal of Freedom and Citizenship for their heroic service in the firefighter’s community in Winter Haven and Polk County.

Others Recognized During “A Tribute to America’s Heroes“