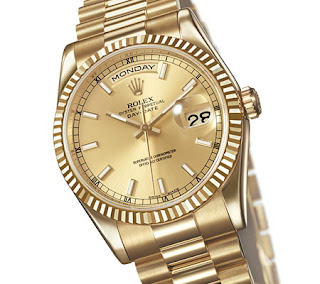 Norm Hammond is a member of FBC. Today he continues with part 2 of his story. In case you missed it, read part 1 first.

Hole number 12 on Sultan’s Run is a 140 yard par three downhill. The pin was placed about six feet from the front edge of the green. Two players in my foursome teed off in front of me on this hole and both were on the green, but just past the hole. I selected an 8 iron to hit my shot and stepped up to the tee. I teed up a Titleist 6 ball on the tee, looked down at the green 140 yards away, took my stance and struck the ball. I felt as though it was a good stroke and might be good enough to get inside the other balls on the green for a “closest to the pin” prize. I watched my ball fall just short of the green on the apron, bounce up on the green once and fall directly into the cup on the next bounce. Wow! Wow! Wow! I ran around in circles with my arms high in the air. Wow! I hugged the young girls and shook hands with the other in my foursome. Wow! When the celebration calmed down, the young girls took my name as the winner of the Rolex, Wow! When we finished our round of golf on the 17th hole and carted through the 18th hole we passed the leader board. There posted for the entire world to see was: Norm Hammond hole-in-one on number 12, everyone at the golf outing wanted to shake my hand. I felt a little guilty because I was probably the least known individual on the course and was playing that day as a substitute for Jim Williams. God does some incredible things for us sometimes.

After the golf playing was over George and I drove back to the Holiday Inn to clean up and get ready for dinner at 6:30pm, Jasper Country Club. I called Doris to give her the good news and she already knew it. Good news travels fast! George had called his office in Indianapolis when he finished playing and told them about my hole-in-one. The secretary called the Ft. Wayne secretary to tell them about my good fortune. The Ft. Wayne secretary called Doris and told her about my lucky hole-in-one. Someone called Jim Williams in Grand Rapids and told him what he had missed by not being able to attend the golf outing.
At the reception that evening I was an instant celebrity. Everyone, it seemed wanted to shake my hand and congratulate me, maybe to rub off some of my good fortune. The reception blended into a delicious dinner. After the dinner there was a presentation of the prizes. There were prizes for the longest drive, straightest drive, closest to the pin on par 3’s plus prizes for foursomes who scored well in the afternoon, after all this, the final presentation of the evening, the Hole-In-One prize.
I was called to the podium to receive the hole-in-one prize. I was sitting at a table in the rear of the room and as soon as I stood up there was a generous amount of applause from those present. I continued until I reached the podium and was greeted by the president of Jasper Rubber Company. From the time I stood up to walk to the podium, terror began to grip my emotions. Our host was very gracious and congratulated my for my accomplishment. Then continued saying that JARCO had had this annual golf outing for 30 years and no one had ever been able to hit a hole-in-one on the designated hole until now. He continued with a few more maudlin comments, but by this time my heart was beating fast and I could feel my face flushing with heat. The terror continued to escalate, after what seemed like an eternity he handed me the watch and asked me to say a few words. I really didn’t expect to be asked to do that. Everyone else who had won a prize just came to the front and took their prize back to their table. By this time terror had my emotions in a tighter grasp than before.
I was not very coherent but managed to mumble something that I had used an 8 iron and the ball bounced twice and went directly into the cup. This was my first hole-in-one, ever. I appreciated being asked to attend the golf outing and hoped they would ask me to come again next year, but they didn’t.

Come back on Monday to read the conclusion of Norm’s story.