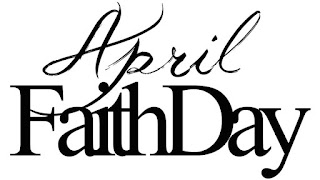 Sunday, April 1st, 2012, was April Faith Day.  It was simply amazing to see what God did through our April Faith Day Offering.  Consider these ‘offering stats.’

There is one big lesson we can learn from this year’s April Faith Day offering – God cannot be limited.  In the conversations I have had, most have been stunned by this year’s offering total.  Most of us thought that the offering would be considerable lower.  We assumed that giving would be down.  We assumed wrong.  God had other plans.  He once again reminded us that He will do whatever He pleases.  He is in control.  We simply are tools in His hand.  May this year’s April Faith Day offering serve as a reminder that we cannot limit God.