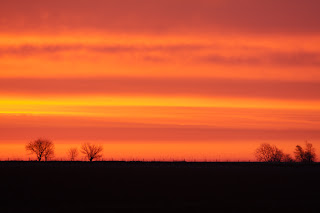 It is hard to believe, but our blog has well over 600 posts.  These posts stretch all the way back to 2007.  From time to time, we like to re-post something from the past.  This is one of those posts.  It was written by Bobby Thompson and was originally posted in September of 2007.

John 11 records the familiar story of Jesus’ raising of Lazarus from the dead. Most people know the details of the events in the story, but have you ever stopped to think what we can learn about God through the words and acts of Jesus in this account? Here are three short observations and maybe you can think of more:

1. God is working in our lives for His glory.

If you look at verses 1-4 you will find two perspectives on the situation at hand. For Mary and Martha they saw a difficult and desperate situation – their brother was sick unto death. Jesus saw the situation through different eyes. He saw how the Father and the Son could receive glory in it (v.4) so he said, “This illness does not lead to death”. Yes, Lazarus did die, but ultimately Christ gave him life again in this age and in the age to come.

2. God is at the same time working in our lives for our good.

In verses five and six we read, “Now Jesus loved Martha and her sister and Lazarus. So, when he heard that Lazarus was ill he stayed two days longer in the place he was.” That is a pretty remarkable statement. What he said is essentially, “Because I love you, I am going to stay here and let Lazarus die.” This seems rather odd and unloving until we read verses 14-15, “Then Jesus told them plainly, ‘Lazarus has died, and for your sake I am glad that I was not there, so that you may believe.’ ” You see, Jesus not only had the glory of God in mind, but also the good of his friends. He knew that they needed to trust him, more than Lazarus needed to live – Which leads into the third observation…

3. God is always working in our lives to produce faith in Him.

John 11:35 says, “Jesus wept.” Have you ever wondered why Jesus wept at this particular point in the story? I have often thought it had to do with his feelings for Lazarus or his empathy with Mary and Martha. The closer I look, it seems that he was weeping for their lack of faith. Earlier in the chapter Martha did respond in faith saying, “I know that whatever you ask from God, God will give to you.” Later however Mary came to Jesus with other Jews, and they were all distraught and weeping; It is at this point that Jesus also weeps. Surely Jesus had great affection for Lazarus and his sisters and friends, but more that anything he wanted was to see faith in God produced in them, and by application, in us also.

Extraordinary faith in God brings him great glory and us great satisfaction.