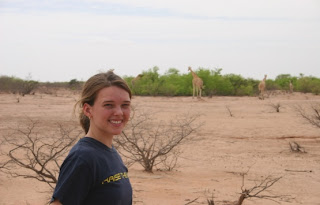 Leandra Shangraw is one of the missionaries who recently joined with Faith Baptist Mission.  Last September, when the transition occurred, Leandra was just beginning an 11 month mission trip to Niger.  Her trip has now come to a close.  Read below as she shares about her experience.

My name is Leandra Shangraw, and I just returned from spending 11 months living in West Africa in the country of Niger. Africa has always intrigued me. Maybe my fascination started when my aunt and uncle, Tim and Richelle Wright, decided to become missionaries in Niger. Maybe it started in third grade when my class read a book about David Livingstone and his exploration of the Dark Continent. Maybe it started when my parents explained to me why we had a picture of a little African boy who we were supporting on our refrigerator. I guess the timing of when I became fascinated with Africa does not matter all that much… All I know is that it has been my dream for just about as long as I can remember to go there. So when the opportunity presented itself for me to spend a year in Africa straight out of high school, I grabbed a hold of it with both hands and refused to let go.

One of my main goals in going to Africa was to learn as much about missions as I could. Someday I wish to return to the field long-term. But I wanted to see the mission field first hand – see which skill I would need to learn – before I pursued any higher education that would bring me closer to my dream of becoming a missionary. I truly feel that I gained so much from this experience! Being able to watch missionaries day in and day out, trusting God and following His will for their lives, was so rewarding.

My time in Africa will forever have an enormous impact on my life and the decisions I make. I would encourage as many as I could to do something similar. Take a year off and see what the Lord can teach you when you are not in the classroom! It is such a gratifying experience.

The main ministry with which I was involved in Africa was working in an international Christian school called Sahel Academy. It was originally started for missionary kids whose parents were not working somewhere where they could receive decent education. Since then, it has been opened up to students whose parents work with the different embassies in the capitol city and also regular African students who simply want English education. It was a great time for me to grow in maturity, and see how the Lord could use me. I was privileged to lead a 7th/8th grade girls’ Bible study, which was so fulfilling! Those girls in the study affected my life in such huge ways. I pray that the Lord used me to affect them positively in some way. 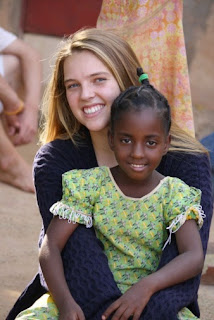 Another way that I was privileged to serve was going to an orphanage weekly and just spending time with the children there. They were so ready to receive love! The friendships that I made there were so wonderful, and I will forever cherish the time that I was able to spend with them.

I would like to thank Faith Baptist and Faith’s 100 for their help and support when I needed it most. I cannot begin to imagine what this past year would have been like if they had not been so willing to give their assistance. I will forever be grateful for everything you all have done for me. Thank you so much for this opportunity to share. God bless!

Meet some of our other FBM Missionaries: