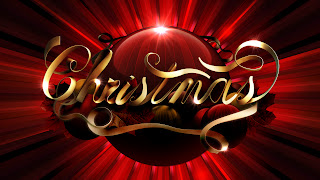 In a recent sermon, Pastor Osborne alluded to God’s perfect timing of Jesus’ birth. As one example of this perfect timing, consider the fact that when Jesus was born one language was used for communication throughout the civilized world. This phenomenon was a result of the conquests of Alexander the Great, who conquered the world linguistically as well as physically. The world was unified by the koine Greek language, and the apostles wrote the New Testament and preached the gospel in this language.

Other examples of God’s perfect timing of the birth of Jesus include the fact that the entire world had come under the one government of Rome–a single citizenship for all. The Romans had also constructed roads throughout their vast empire and protected them from vandals and thieves. This enabled commerce and travel to flourish. These three factors allowed Paul and the early Christians to travel the length and breadth of the empire in relative safety to share the gospel from Palestine to Spain.

So with a unifying language, a single citizenship, and roads connecting every part of the empire, the physical world was prepared for the coming of Jesus. These factors also allowed Caesar Augustus to order a census of the entire Roman world, thereby bringing Mary and Joseph to Bethlehem where, as prophesied, the virgin would give birth to the Messiah in the city of David.

There are many of us today who are waiting for God to work in our life; and, as we wait, we should remember God’s perfect timing in the sending of His Son. Let us pause during this Christmas season and thank our Heavenly Father for His wisdom and His ability to perfectly order the events of our lives, including the most important event–Christ’s coming.

Other Articles by Lou Gentry: