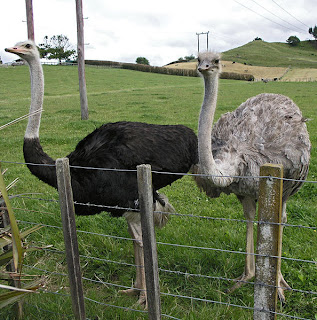 Most people are familiar with the Ostrich, but let’s find out some details about them. The Bible verses that refer to them, caused me to want to find out about them. For instance, in Job 39:13-18 KJV

(13)Gavest thou the goodly wings unto the peacocks? or wings and feathers unto the ostrich?

Here the wings of an ostrich are mentioned, but they are very small. Huh! It seems that those little wings help with balance when running, are used for mating rituals, to scare off predators, to control their temperature, and they help shelter the young (when they stick around). “The feathers were very popular for ornamentation in fashionable clothing (such as hats during the 19th century).” “The original South African ostrich feather dusters were invented in Johannesburg, South Africa by missionary, broom factory manager, Harry S. Beckner in 1903.”, Wikipedia

(14) Which leaveth her eggs in the earth, and warmeth them in dust, 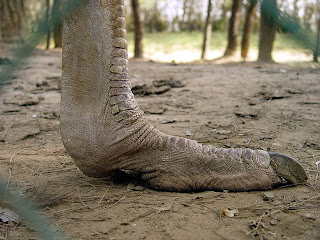 d all his females lay the eggs in the communal nest (up to 60 eggs). The females share sitting on them in the daytime and the male sits at night. Females are a light color whereas the male has a black coloring. Creation at work.

(15) And forgetteth that the foot may crush them, or that the wild beast may break them.

They seem to desert the nest alot and then when they are there their foot can cause damage to the eggs. By the way, the eggs are the largest of the living birds and weigh as much as 2 dozen eggs (3 lbs).

(16) She is hardened against her young ones, as though they were not hers: her labor is in vain without fear; (17) Because God hath deprived her of wisdom, neither hath he imparted to her understanding.
Because not all the chicks in the nest are hers, she doesn’t seem too concerned even about her own. Maybe the Lord has spared her from fret by making her not too smart.

(18) What time she lifteth up herself on high, she scorneth the horse and his rider.
This was interesting in that ostriches have been clocked at 55 mph. They can run that fast in a spurt, but can maintain speeds of 30 mph which out lasts a horse. They stand up to 8 feet tall.
The Ostrich can also be found in Lam_4:3; Isa_13:21; Isa_34:13; and Isa_43:20.
For further reading see:
Wikipedia
Dr Joe Temple – Ostrich