The Lapwing is only mentioned twice in scripture and both times in a list of “unclean” birds. “But these are they of which ye shall not eat,” says Deuteronomy 14:12. 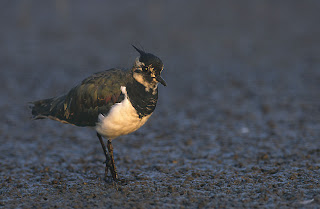 The only Lapwing in North America is the Northern Lapwing and then that has only been seen in isolated sightings. They are on the List of Birds of Florida. They are found in Europe and Asia near wetlands, coastal pastures and short-grass meadows or fields. They are in the same Order as Gulls, Terns and Plovers. In Europe there is also a Sociable Lapwing and a White-tailed Lapwing. “Most of the 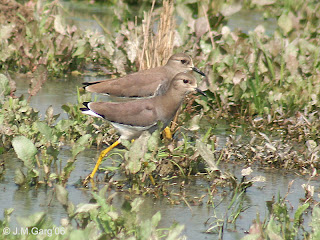 Lapwings seem to feed on insects and small prey from grasslands. They lay their eggs in nest on the ground and very protective of their young. They feign injury or will lead intruders away. If that doesn’t work, they are known to attack, even humans. They are medium sized about 12-13 inches with long legs. Their heads have a striking pattern with a wispy crest. Their behavior reminds me of a Killdeer.

Apparently the Lapwing was mentioned in three of Shakespeare’s plays: Comedy of Errors, Much Ado About Nothing and Measure for Measure