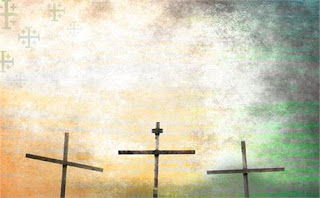 During the Easter and Christmas seasons, we hear much about the prophecies from the Old Testament which Christ fulfilled during these advents. Perhaps one of the least heard is the one found in Psalm 22, which some biblical editors have entitled, “Psalm of the Cross.” In this psalm the writer, probably David, is figuratively describing the depth of his suffering; however, his thoughts were so shaped by the Holy Spirit that many of the actual details of the Lord’s crucifixion are presented in verses 14-18. Some have said that while Isaiah 53 describes the theological significance of Christ’s death, Psalm 22 relates the historical event itself.

The specific fulfillment of prophecy within Psalm 22:14-18 include: “My tongue clings to My jaws” (v. 15) is a description of thirst, fulfilled in John 19:28; “They pierced My hands and My feet” (v. 16) denotes the cruel details of crucifixion, fulfilled in John 20:25; and, “They divide My garments among them, and for My clothing they cast lots” (v. 18) is a description of the soldiers casting lots for the seamless robe of Christ, fulfilled in Matt. 27:35. This latter prophecy is almost as amazing as the one on crucifixion, in that some unbelievers maintain that Jesus deliberately tried to fulfill Old Testament prophecy in order to make Himself out to be the Messiah. however, even if one accepted this argument as it might apply to the other aspects of this psalm, the Roman soldiers (who were oblivious to the Scriptures) never intended to verity the veracity of the Bible by fulfilling prophecy. yet the psalmist accurately predicts the actions of these soldiers some 1,000 years before the Lord’s death on the cross.

There can be no doubt that Jesus is the Messiah predicted in the numerous prophecies of the Old Testament.