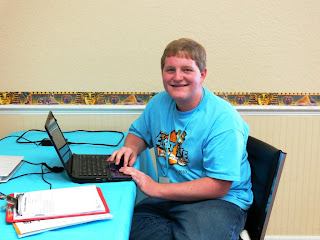 Josh Brown has just recently finished his summer internship at FBC. Most notably, he was our VBS director. Josh is currently a High School Senior dual enrolled in Chain of Lakes Collegiate High School and Polk State College. In May he will graduate with his high school diploma and an Associate of Arts degree.

One of his assignments this summer was to read The Trellis and the Vine and write a book report. Here are some highlights from that report. In his report, Josh typed out a quote from the book and then included his comments after the quote. I’ve put all of Josh’s comments in italics.