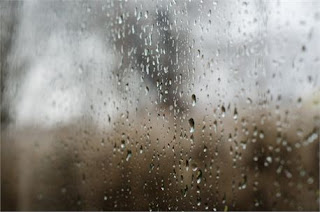 Did you hear about the teenagers whose SUV ran off the road into a pond? Six of the eight died. I felt bad as I read about them the first time. Their poor families!

Then I learned more—they had stolen the SUV. One of the mothers shared that her son and his best friend “lied about staying over at each other’s homes that evening.” She thinks they went to a party. “If only he had listened,” she says. “I told him, ‘Don’t you go nowhere.’ But they’re kids” (Fox News). I felt worse. This was no tragic accident of innocent people doing nothing wrong. This was a consequence of sinful choices. Oh, if they had only made wise choices! (If only they had just been getting up to get ready for Sunday School that morning!)

“But they’re kids.” That mother may mean that children—or in this case, teenagers—often think they know better than adults, that they are indestructible, that bad things won’t/can’t happen to them.

The Bible has a word for this. In the King James Version, it’s “froward.” It means “habitually disposed to disobedience and opposition.” Obviously, not all kids are froward and all froward people are not kids. Certainly, before we accepted Christ as our Savior, we were disposed to disobedience and opposition. Our sinful hearts were froward. And just like any other sin, frowardness can raise its ugly head even in a believer’s heart. That’s why God tells us to submit ourselves to Him (James 4:7).

Here’s another word, “presumptuous.” It means “overstepping due bounds; taking liberties.” King David asked God to keep him from presumptuous sins. The NIV puts it this way: “Keep your servant also from willful sins; may they not rule over me. Then I will be blameless, innocent of great transgression” (Psalm 19:13; italics added).

Those teens who stole a vehicle and went joyriding, or whatever they were doing, disobeyed the law, parents, and common sense. They willfully did wrong. There were consequences. Deadly consequences.

It is taking liberties (presuming) on God’s mercy to assume He will not let us suffer the consequences of our unwise choices or our sin. And it greatly dishonors Him when we disobey and oppose Him (are froward).

Twenty years ago, the Lord taught me a lesson from the life of James Jordan Sr. He did not do anything wrong, but he did do something that ended in his death: he pulled over to the side of the road in his Lexus to take a nap—something he and others did frequently. In the past, it hadn’t been dangerous to do that, but by 1993 it was.

Two young men spotted his car, killed him, and stole the vehicle. The lesson: don’t presume that because you’ve often done something unwise without horrible consequences that you won’t ever face consequences. When I have a choice to make, I often remind myself that because I seemed to get away with something before (like pulling to the side of the road in a bad area of town or traveling without a cell phone), “I can’t count on getting away with it again. Remember James Jordan.” This carries over into the area of sin too.

That’s a lesson I hope the young people of Faith Baptist Church learn now, especially those disposed to a froward or presumptuous attitude. God’s Word says, “Do not be deceived, God is not mocked; for whatever a man [or woman/boy/girl/youth] sows, that he will also reap” (Galatians 6:7).

Learn from James Jordan—presume on God’s protection when you do something unwise, and there may be consequences.

Learn from those eight teens—sow willful disobedience and opposition, and there will be consequences.