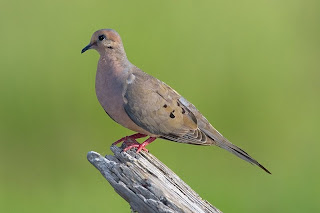 The Dove is probably recognized by most people, even though they may not know which specific kind they are viewing. White doves are released at weddings and other special occasions. The symbol for the dove is displayed many times. The coo of the mourning dove is heard and most recognize a Rock Pigeon (formerly a Rock Dove). We do not have Turtle-Doves here in America; they are in the Orient, Asia, Africa and Europe. 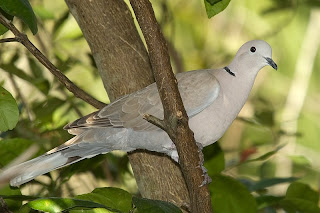 The dove family (Columbidae) ranges from about 6.5” to 12” and seem to be gentle. Doves tend to be monogamous and both male and female produce a “crop milk” to feed their young the first few days. Most birds regurgitate food for the young from the beginning. Doves do not make the most elabroate nests, often they are on the ground and flimsy. Many were domesticated and were used for sacrifices. They are considered “clean” birds in the Bible. There are at least twenty references to doves in the Word of God.

There is more to be said, but when you find the Dove in your Scripture reading, you will have a mental picture of them. The Hymn writers have used the dove in songs like: 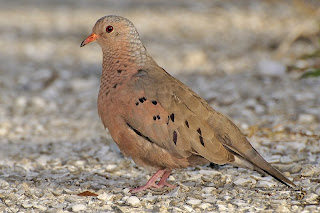 Sunshine in My Soul – Eliza E. Hewitt, 1851-1920
There is springtime in my soul today,
For when the Lord is near,
The dove of peace sings in my heart,
The flow’rs of grace appear. 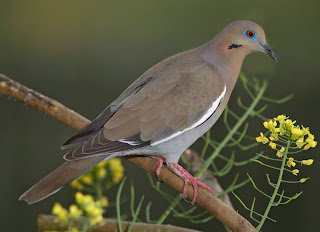 Come, Holy Spirit, Heavenly Dove – Isaac Watts, 1674-1748
Come, Holy Spirit, heav’nly Dove,
With all Thy quick’ning pow’rs;
Kindle a flame of sacred love
In these cold hearts of ours.
Pictures are from Reinier Munguia (In Order-Mourning, Eurasian Collared, Ground, and White-winged Doves)